Through this program, we are able to train the student volunteers in PATH equine therapy methodology and develop their internal leadership skills with the goal of the student participants being able to support our staff in working with the children we serve. VIBE Leadership is built on a foundation of leadership workshops, volunteerism, mentorship, and opportunities for achievement. VIBE Leadership consists of learning horsemanship skills and how to care for animals, spending time building a working bond with our therapy horses and goats, and learning to apply leadership skills within our organization, all while earning volunteer hours necessary for graduation. VIBE also offers potential industry-recognized certifications, part-time employment, and community awards for high school and college volunteers. 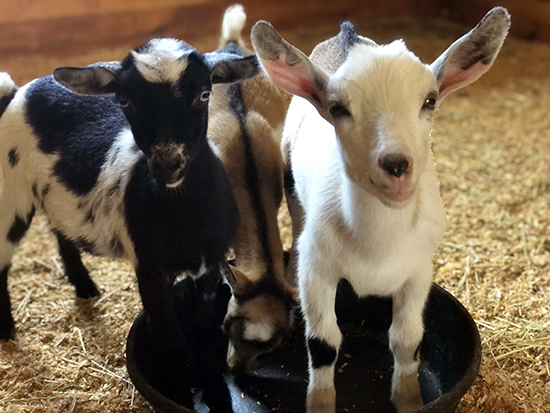 BENEFITS of our VIBE LEADERSHIP PROGRAM

√ LEARN ALL HORSEMANSHIP SKILLS, HOW TO   CARE FOR GOATS & BARN MANAGEMENT

√ OPPORTUNITIES TO MENTOR CHILDREN IN OUR PROGRAM

√ ENJOY THE THERAPEUTIC ATMOSPHERE AT   HARMONY HOPE STABLES AND SO MUCH MORE!

HOW CAN HORSES TEACH LEADERSHIP SKILLS?

Horses are prey animals and have a herd mentality. The herd leader is the strongest member, known as the alpha. Horses are highly sensitive to the emotions of the person handling them. They are our mirrors; equines can perceive our feelings and thoughts and reflect them immediately in their body language.

If you want to build a trusting relationship with a horse, he will need to feel safe and you will need to learn how to communicate in his non-verbal world. This requires patience and self awareness.  Once you develop the skills needed to reach this goal,  the horse will follow you just like he follows the alpha in his herd and you will gain valuable leadership skills to carry with you for the rest of your life. 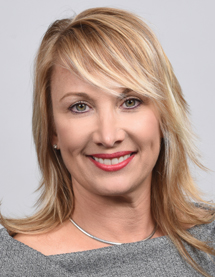 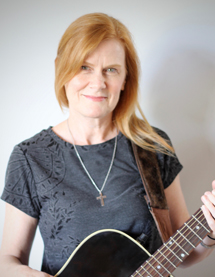 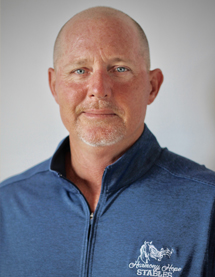 William (Bill) Huddleston is a member of the Board of Directors of Harmony Hope Stables,
and is also the husband of Kristi Huddleston, it’s founder and President. He shares the responsibility of raising 14-year- old twins with Kristi and loves the ability to be there for them as they navigate this world as teenagers.

At the age of 23, Bill began a career as a Firefighter/Paramedic for the City of Hollywood, Florida. Hired in 1988, he served in this capacity for nearly 31 years before retiring with the rank of Captain in June of 2019. During those years, Bill responded to every type of emergency imaginable and did so with professionalism. He always felt fortunate to be given the opportunity to serve his community.

For the final eight years of his career, Bill assumed the additional responsibility of representing his fellow Firefighters in labor relations matters as their Union President. In this capacity, he dealt with a plethora of issues, ranging from simple disciplinary matters to contract negotiations and including all manner of ancillary challenges/ issues. While working directly with the Mayor, City Manager, the Commissioners of the City of Hollywood and its Fire Administration, Bill was able to develop and maintain professional and respectful relationships with everyone. This work earned him two very prestigious awards: The “Presidents Award”, by the Broward County Council of Professional Firefighters in 2013; and “Labor Leader of the Year” in 2019, by the Florida Professional Firefighters; both were conferred by his peers for outstanding work done while representing the City of Hollywood Firefighters and their families.

Retired now from both of his previous positions, Bill feels extremely fortunate to carry out his calling to help others by doing his upmost to accommodate his wife, Kristi’s dream, which has such a positive impact on Martin County children in need and their families. He maintains the entirety of our beautiful property at Harmony Hope Stables and takes care of the horses that reside there, considering it a blessing that he can help provide such a pastoral setting for all of our therapeutic programs. 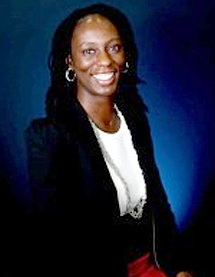 Sabby Hightower developed an early interest in helping others with an altruistic nature. Caregiver with an established history of working in the hospital & health care industry. Former Corporate Compliance & FQHC Accreditation Leader, at Treasure Coast Community Health.  Currently serves as the Co-Executive Director of Helping Hands of the Treasure Coast, Inc., which is a 501c3, non-profit organization, a group of volunteers predominantly from the Indian River State College.  The core leadership is dedicated to continuing education and mentoring their volunteers and staff to becoming inspired community helpers with a passion.  In addition, Sabby is a Volunteer Caregiver Concierge for the Visiting Nurse Association since February 2018. Sabby is one of the volunteers that performs the Tuck-In Calls.  The purpose is to provide patients and caregivers the opportunity to report any needs they may have before going into the weekend.  This includes prescriptions, medical equipment, and supplies as identified by the patients and caregivers and that the Hospice team are providing excellent care.  Giving back with sincerity and earnest devotion, is what Sabby thrives to do for her treasured community.

Resilient professional graduate with an Executive Master’s in Health Administration (MHA), from Florida Atlantic University (FAU), 2020.  Baccalaureate of Science degree in Health Care Management from Indian River State College (IRSC), 2019.  Sabby is currently a student for the Doctoral program at Saybrook University, California, concentrating in Mind-Body Medicine with a Specialization in Integrative Wellness Coaching.  Sabby is a member of IRSC Toastmasters International and proudly serves as the President. As an alumni, Sabby serves as a mentor to the HOSA officers and members at IRSC.  Currently as a graduate student, Sabby volunteers in numerous community events and promotes activities within her Helping Hands Organization.  Sabby’s determination is to utilize her skills to help mend families that are grieving the loss of their loved ones through more of a holistic approach.
Sabby’s special interest outside of loving and caring for her loved ones, family, and friends is Self-Care and taking the time out for herself. Self-healing is quite imperative in her journey, and she enjoys nature, the outdoors, Muay Thai, running bridges and taking Zumba and Yoga classes for strength, endurance, and relaxation. 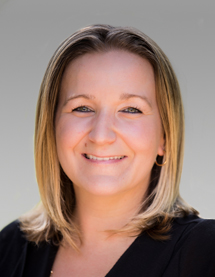 Rochelle Popp-Finch is the Director of Student Development & College Ombudsman/Student Advocate at IRSC and current President of the IRSC Chapter of the Association of Florida Colleges. She oversees student life at IRSC, including the development of student leaders through her roles as Student Government Advisor and developer/facilitator of the Emerging and Legacy Leaders programs. She earned her Associate in Arts and Associate in Science degrees in Legal Assisting from Indian River State College (IRSC). She earned her B.A. in Criminal Justice from Florida Atlantic University (FAU) and her Master of Public Administration from the University of Central Florida. Rochelle has been serving the students of IRSC since 2011. During her tenure at IRSC, she implemented RiverLife, an online student life portal that connects learning to student engagement. She has served as an adjunct faculty member at IRSC since 2007 teaching various business courses and student success. She also served on the Florida College System Student Government Association (FCSSGA) State Executive Board from 2012–18. Through her work with FCSSGA, she helped ensure that nearly 800,000 college students’ voices were heard regarding legislation that directly impacted our Florida Colleges. Rochelle is also committed to serving the community. She serves on the Board of Directors for the Inner Truth Project helping to provide education and resources to survivors of sexual trauma, and she serves on the St. Lucie County, United Way Board for their Annual School Supplies for Students Campaign. In addition, she serves on the VanDuzer Foundation Board helping St. Lucie County families in need. She has a passion for making a difference in students’ lives! 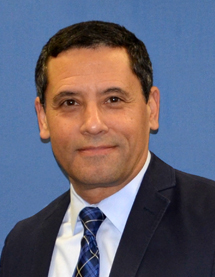 Dr. Herbert P. Ricardo was born in Monticello, New York and raised in Ware, England and now resides in Port St. Lucie, Florida. He spent a decade working as a healthcare administrator; in the psychiatric, public health, rehabilitation and dialysis areas of health prior to entering higher education.

Dr. Ricardo has consulted with police departments on reducing the stress officer’s face on the job, designing Employee Assistance Programs. He currently teaches Organizational Behavior, Management and International Business at Indian River State College and Global Trade and Commerce at Czech University of Life Sciences Prague as an adjunct professor, where he has his part-time residence. His field of expertise include organizational culture, entrepreneurship, drive and motivation in the workplace.

Dr. Ricardo, has lectured on the holistic approach to work, its value to the individual, the organization and community as a whole. His latest book Balance: Work Culture in the 21st Century, How Work Defines Us And Shapes Our Society, is his latest contribution to the field. Other books by Dr. Ricardo; Raising Employees, Thinking Organizations, The Art of Supervision, Autoneurotica the neurotic reasons we buy the car we do and Wireless a contemporary romantic comedy. 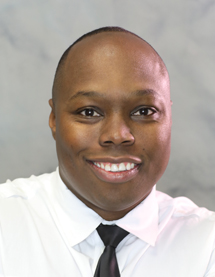 Rahz “The Motivator” Slaughter is a motivational speaker who has spent years helping children and teens improve their mindsets and take charge of their lives. Born with a disability and raised by a single mother who suffered from addiction, Rahz has been labeled countless times and told that he had limitations and that there would be things that he could not do, be, or achieve. Despite these messages, Rahz was born with a growth mindset and set out to create a life of his doing and not what others expected of him.

Today Rahz Slaughter is a motivational speaker, 3X author, and successful business owner. He is also an athlete, personal trainer, nutritionist, and teen life coach. Rahz has spent more than 21 years in the fitness and health industry, coaching and motivating clients of all ages to make better life choices and improve their health. As a Color Code Interpersonal Skills Trainer and NLP practitioner, Rahz has tools to help people overcome their limits and reach their full potential.

These tools have also helped Rahz to transform how he deals with others. Rahz and his stepson, Nicky, have never been closer. And training teens has never been more accessible. With this new resource, Rahz was inspired to share it with his clients and vastly improve their lives. 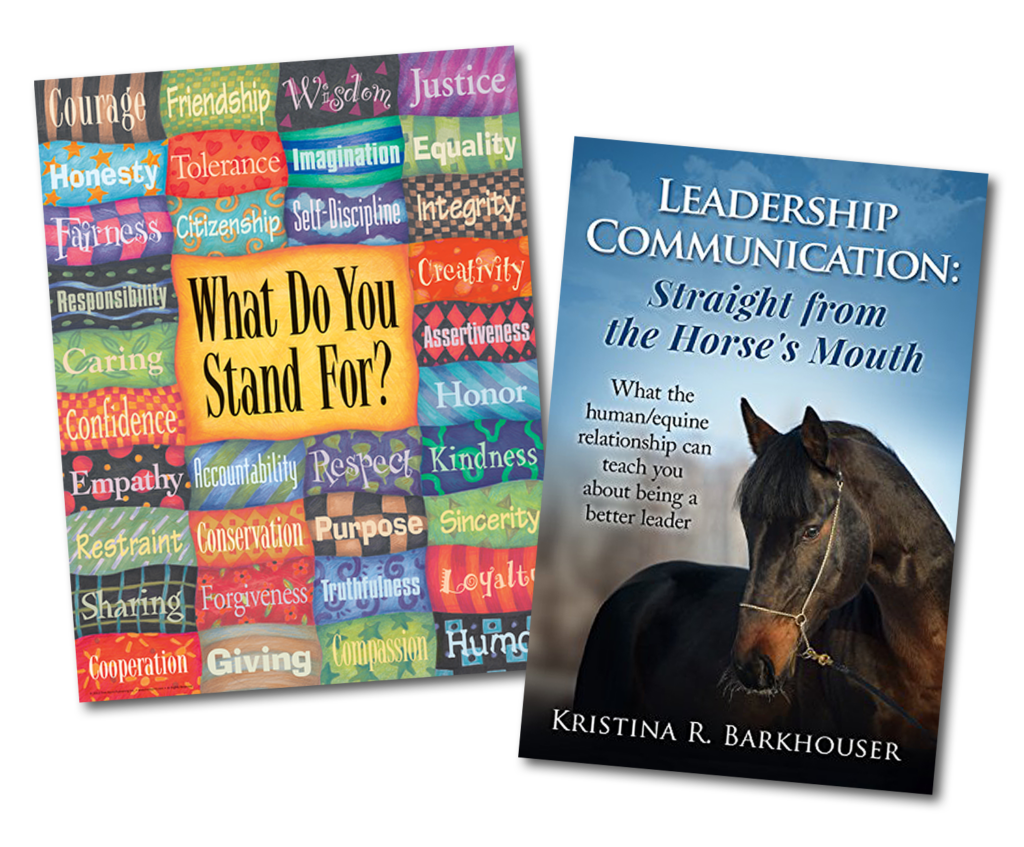 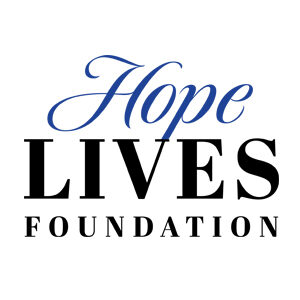 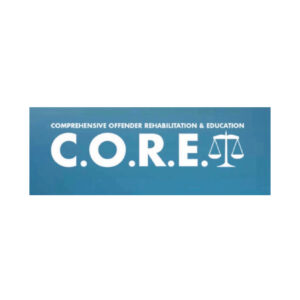 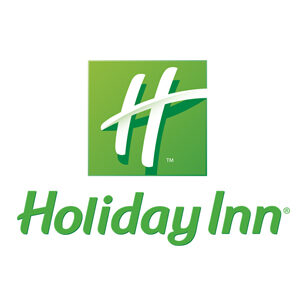 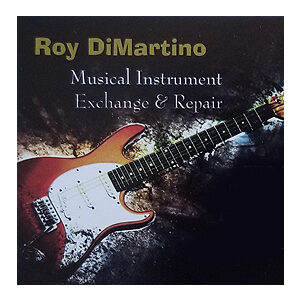